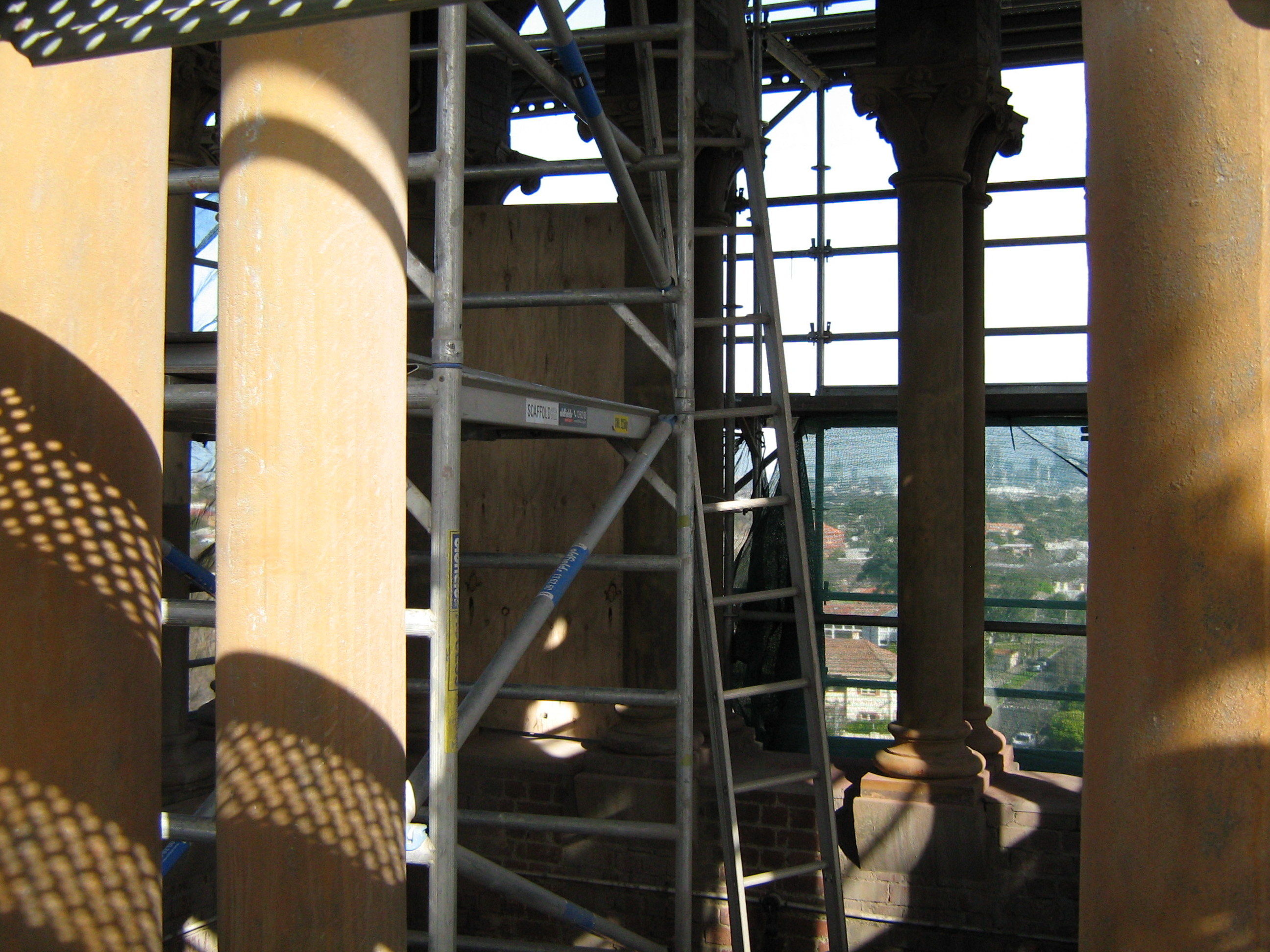 In 2009, the Friends approached conservation architect Arthur Andronas for advice on re-painting of the 32 cast iron columns forming the colonnade to Level 4 of the Tower. This work had been identified as necessary back in 2001, when the Tower was last scaffolded, but could not be completed due to shortage of funds. Arthur in turn engaged David Mulholland, father of the current principal of Mulholland Restoration and Decorating, to carry out paint scrapes and advise on the technical aspects of painting at such a height. The good news was that no lead-based paint was detected; the bad news was that full scaffolding would be required, and partial enclosure during paint removal operations.

The project was documented to the extent necessary to qualify for an external appeal under the auspices of the National Trust of Australia (Victoria), such that donors to the appeal would receive a tax deduction for their donations. The Appeal was launched after a Friends Concert in March 2010 by our then-President, now Patron, the Hon Ted Baillieu.

It was always recognised that, while the Appeal was for the Tower, similar columns to the east, south and west façades would have to receive the same treatment and be painted in the same colour. Logic also dictated that, while scaffolding was in position to paint the columns, it would be timely to repair and paint the timber window frames and the ferramenta [ironwork] of the leadlight windows.

It was not until the Church received a generous bequest from the late Kevin and Margaret Hughes (who were both members of the Friends) that a commitment could be made to undertake all external works requiring high-level access simultaneously. The Auburn Church Council undertook responsibility for financing and supervising all the work, while the Friends agreed to continue fundraising for the Tower components of the work.

The first step was to obtain a permit from Heritage Victoria for the proposed work. This proved to be far more complex and time-consuming than anyone had imagined, but, with the assistance of Arthur and his colleague, the late Gabrielle Moylan, a permit was issued on 6 February 2019, almost ten years after we first began exploring the project.

The permit allowed the following work to proceed:

By not re-painting rendered surfaces, it is hoped that future generations may be spared the expense of periodic painting in a vain attempt to conceal inevitable cracking.

2019 was then spent in obtaining three quotations for the external works, the Tower and church proper being split into separate packages for funding purposes. The Church Council then had to prepare submissions to the UCA Presbytery and Synod for permission to award a contract. Mulholland Restoration and Decorating, under its new principal Jim Mulholland, was the successful tenderer for both packages, and work began on 2 June 2020, just before COVID-19 restrictions began. Fortunately, the project was classified as a small building site with up to five workers allowed at any one time, and Jim was able to work within these restrictions. At the same time, church services and meetings were prohibited, meaning that the contractor didn’t have to stop work and provide clear access every weekend.

While the Tower was scaffolded, the opportunity was taken to carry out some associated tasks, including: